Your Kids’ Cereal –Part of a Nutritious Breakfast? Nah. 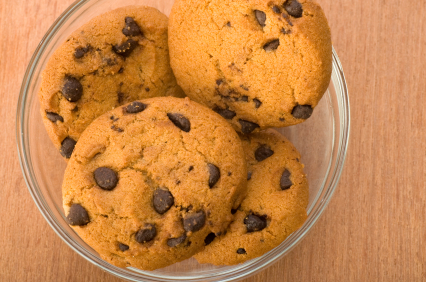 I am old enough to remember when Honey Smacks cereal was called Sugar Smacks. So it’s no surprise to me that a serving of the breakfast cereal has more sugar than a Twinkie.

The Honey Nut Cheerios though? I was annoyed when I learned from a new report by the Environmental Working Group that the cereal I used to feed my picky eater for breakfast has more sugar than three Chips Ahoy cookies.

I mean, if I wanted to feed my kids cookies for breakfast, I’d just get them Sprinkle Cookie Crisp “cereal,” which, along with a long list of other cereals either marketed at kids or clearly made for kids  has an awful lot of sugar in it.

The problem for cereal makers is that they’re reaching the point where removing any more sugar makes their cereals too yucky to eat. The Wall Street Journal reported this fall that cereal companies have been quietly lowering sugar levels, hoping to teach “consumers to get used to a lower sweetness level a little at a time.” But there’s a point where kids just won’t want to eat them anymore.

Yet parents want healthier (or at least, deemed healthier by a government agency or clever marketing) food selections for their kids. Maybe some of them actual deluded themselves into thinking Froot Loops really were part of a nutritious breakfast back in 2009, when the Smart Choices food labeling system set out to help shoppers choose foods that meet nutritional criteria set by the Dietary Guidelines for America.

The LA Times reported back then that even Lucky Charms got the Smart Choices Seal of approval. Lucky Charms — that colorful marshmallow-laden treat that has 30% of the total amount of added sugar recommended by the USDA — for adults, as reported the Times.

So what’s the answer? Don’t buy them. Your kids will get used to less sugar — even the cereal makers say so. Feed them an actual “nutritious breakfast,” not a bowl of mostly sugar, a glass of OJ, some milk and white toast with a slab of butter, like we were raised to believe:

I will be on Wall Street Radio’s Daily Wrap with Michael Castner tonight to talk about sugar in kids’ cereals. Tune in!

Posted in In the News | Tagged breakfast cereal, sugar | Leave a response