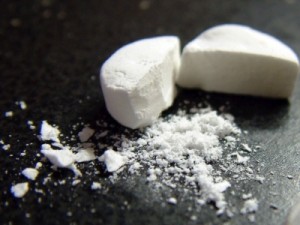 Got a bookworm of a kid who gets straight A’s? You might want to search him or her for pot — 20 years from now.

A new study reported in the Journal of Epidemiology and Community Health found that having a high IQ in childhood could be associated with illegal drug use later in life, especially among women.

Go ahead and check your daughter’s dresser drawers. I’ll wait.

Researchers found that boys who received high IQ scores at age 5 were 50% more likely to have taken drugs like ecstasy and amphetamines 25 years later compared to men with low IQ scores.  Why the report says that women are more likely to take drugs but then tells us about the men’s stats, I dunno.

More important is why do smart kids do dumb things? Reports Medical News Today: “Researchers highlight that prior investigations have revealed that individuals who are highly intelligent are open to experiences and keen on stimulation and novelty.”

In other words, smart kids become bored adults who were singled out as geeks in high school, so they look for an escape.

So, if you thought you had it made because you have a gifted kid who doesn’t hang out with the fast crowd, here’s a little study to deflate your balloon.

Gee, thanks Journal of Epidemiology and Community Health for giving a whole new meaning to “high IQ.”