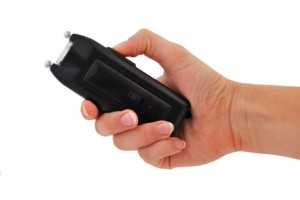 We knew it would happen: Someone would go on national TV to announce she has a favorite child. And then mothers and children everywhere would get that sick feeling in their stomachs they get after watching footage of a person getting hit by a car.

Who goes on a daytime talk show to admit that “Truman has always been my favorite”? That’s fine if you’re a 90-year-old recalling your favorite president, but this time, it was a mom, former Project Runway contestant Laura Bennett, talking about her son. Host Anderson Cooper appears to be incredulous. Audience members, meanwhile, are clearly not amused.

Judging by the content of her book, “Didn’t I Feed You Yesterday?”, Bennett is not kidding at all. After she threatens to leave one of her kids along the highway, she reports that her kids cry and beg to allow him back into the car:

The fleeting solidarity is quite touching. I pretend to be immune to their pleas, then after a few moments feign repent and allow their brother back in the car. We finish our journey in relative silence with just the sound of an occasional snivel coming from the back. Mission accomplished. The entire episode basically has the effect of an emotional stun gun. No one got hurt, but they are too drained to misbehave. For a couple of blocks anyway.

Her brand of parenting is to wield emotional weapons against her kids because, she laments, parents have lost the threat of bodily harm.

So clearly she belongs on TV, brandishing her emotional stun gun before millions of viewers, right? You know, because she can’t slap her kids. But this is just as effective.

Tell us: Is she all kinds of wrong, or do you side with her?

Posted in All in the family, Momma Said | Tagged favorite child | 4 Responses