Mom's the Word in the Green Room

You had to be there. 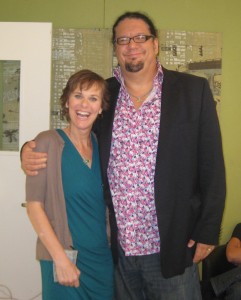 Jen and Penn in the green room at WPIX.

And he heeded this sign only while on the air. In the green room, anything goes: 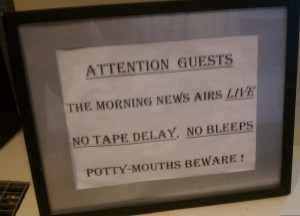 My mom, however, was interested in hearing about the hot FDNY firefighter, Phil Sylvester, who took off his shirt during his segment: 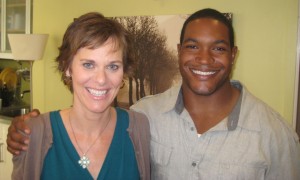 Mom wants to join me in the green room next time.

Oh, and here’s the real reason I was there:

Posted in Days Like This | Tagged FDNY, Penn Jilette, WPIX | Leave a response