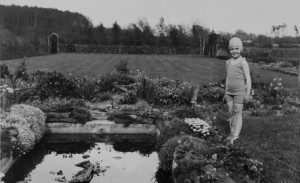 There were so many things wrong with the scene, I didn’t know where to start. First of all, Jackie, who had to be 10-years-old at the most, was walking along the road to school with Weezer, maybe 4, in tow, when he accepted a ride from a stranger (Miss Crabtree). I opened my mouth to warn my fourth grader of the dangers of everything he’d just witnessed on our Little Rascals videos, but thought the better of it.

Do I really need to remind him that this was a different time, back when people didn’t know enough to wear seatbelts, and kids seemed to wander the streets unescorted? I think that was pretty clear that times have changed.

In a later scene, Miss Crabtree picked up the rest of the gang, except Chubby didn’t want to get in the car. Never mind that the overweight kid was nicknamed “Chubby” — he was rubbing his butt and complaining that his father had “tanned” him the night before. So instead of sitting down, he opted to ride while standing on the running board of Miss Crabtree’s car.

I hoped it explained a lot to my son about his grandparents’ generation.

So now Miss Crabtree was driving the gang, none of whom were wearing seatbelts, with Chubby standing on the running board and Weezer sitting inside the spare tire attached to the back of the car, waving, of course.

I really didn’t have to explain a thing to my son. Years ago, he and his brother were watching the same videos when he asked me, “Where are the parents?” And when I couldn’t answer, my older son told his little brother, “Don’t worry. The cameraman is watching them.”

Do I really need to remind him that this was a different time, back when people didn’t know enough to wear seatbelts, and kids seemed to wander the streets unescorted?

He’d better, too, because in the half-dozen episodes of The Little Rascalsthat my fourth grader watched yesterday while he was at home, sick, there was plenty to worry about. Like Stymie dashing out into the street to pick up a five dollar bill. And Spanky, not more than three, wandering around the neighborhood with no one but Petey, the dog, to watch over him. And someone pouring plaster of paris into the milk. (You remember: “Don’t drink the milk.” “Why?” “It’s spoiled.”) And of course, Chubby riding to school on Miss Crabtree’s running board.

I saved the explanations for the things that were truly alarming, like the racist undertones in certain scenes of the uncut videos. (We didn’t see those when we watched them on TV in the seventies.) And Miss Crabtree’s fiance “letting her” keep working after the wedding.

Everything else, like Stymie and Weezer begging for food door-to-door and the whole gang driving a home-made wooden car along the streets and sidewalks, knocking people over along the way, I left for him to figure out. After all, the cameraman was watching them.

It wasn’t until later that I figured out exactly what my son had taken away from the videos. Someone called, so I asked who it was. He said, “It’s Mr. Brown from the First National Bank. That what you just tole me!”