RADICAL PARENTING: Does Your Teen Self-Sabotage?

by Vanessa Van Petten
Self-sabotage is one of the most powerfully dangerous habits for teens to get into. There are two kinds of teen self-saboteurs:
Perfectionists: Sometimes when teenagers are high-achieving perfectionists they self-sabotage before they might fail because they are so afraid of failing. For them, ruining their own chances seems less scary than being out of control if the environment or situation gets to them. Symptoms:
Fear of Success: Some teenagers who have very low self-esteem feel that success of any kind will either disrupt their lives (change is typically bad for those who fear success) or negatively impact their self-identity. Surprisingly, some teens are very protective of their identity as “lazy,” a “f–k-up,” or “a loser.” They also might have been called these things by people in their life, and even if they do not like them, they do not know what they would be without these labels. Success might cause disruption so they self-sabotage. Symptoms:
How can we help teens who self-sabotage?

Self-sabotage is something that parents should deal with immediately if they see it in their children. Be open with your teens about it and talk to them openly about whether they need extra help if they have a fear of failure or success.

The opinions in the article aren’t necessarily those of MommaSaid, LLC. Consult a child psychologist if your child needs help. 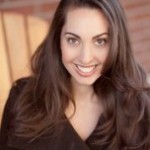 Vanessa Van Petten is a CNN columnist, winner of the Mom’s Choice Award and an author with Penguin Books. She travels the country speaking to all types of groups about family relationships, teen lifestyles, advertising to Net-Generation and many other issues pertaining to Gen Y. She also gives keynote and inspirational speeches. She is the author of the forthcoming “Do I Get My Allowance Before or After I’m Grounded?”