THE HAPPIEST MOM: 6 Tips to Get the Kids to Help Clean the House 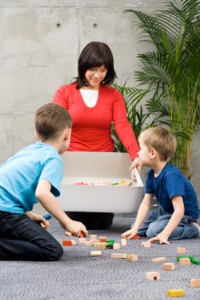 Fact: Unless you run your home like a Dickensian workhouse, kids are always going to make more mess than they remove. But that doesn’t mean they can’t pull their weight and take some of the load off while also learning important life skills that their future spouses will thank you for.

Here are my six best tips for getting kids to pitch in and help out:

Tell us: Do you struggle with getting your kids to help out around the house? Or do you have some great tips to share?

2 responses to “THE HAPPIEST MOM: 6 Tips to Get the Kids to Help Clean the House”