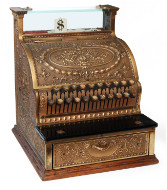 Really, the title should be “Keep Close Tabs on Daily Deals,” lest you learn the hard way (like I did) that daily deals aren’t always a deal.

I know I’ve written about being careful aboutimpulse purchases with Groupon and Living Social. And I’ve warned you about reading the fine print on daily deals.

But I ended up making a rookie mistake when cashing in my recent Old Navy Groupon–$10 for $20 off. I didn’t pay attention when the cashier rung up my purchase.

Because I had shopped at Old Navy the day before I left (in a frenzy) for a week’s vacation, it didn’t dawn on me until I got back and was going through my receipts that the Old Navy cashier had rung up my purchase for $10 off instead of $20 off.

When I was in the store, at the register, I just assumedthe correct amount came off my purchase after she scanned the Groupon barcode before ringing me up.

Turns out that a few others have experienced the same problem, as I discovered when I tweeted about this problem.

Someone from Groupon replied to my tweet, to ensure that I hadn’t tried to use the Groupon online, because it would provide a $10 discount only. (That was in the fine print.) No, I assured that person, I’d physically gone to an Old Navy store.

I ended up contacting Groupon customer service and to their credit, they got back to me within two hours with a resolution–go back to the store and demand that they fix my purchase. Well, considering I live in the boonies and Old Navy is a 40 minute drive away, that wasn’t happening. Luckily, Groupon offered me a second option: they would put $15 worth of Groupon Bucks in my account to reimburse me for my time and trouble.

Living Social, I found out, would do the same if you purchased a Living Social deal and had trouble with it. I spoke with one of their spokespeople today (via Fleishman Hillard, the company’s PR agency).

That spokesperson (a guy) suggested that at the “point of purchase,” if you catch the mistake, ask to speak with the manager. He was surprised that a cashier at a national chain like Old Navy didn’t know how to key in a Groupon daily deal. (No disrespect to Groupon.) If that didn’t work, Living Social would refund the money or put Living Social Deal Bucks in the person’s account. At the same time Living Social would flag that merchant and follow up with them to find out what went wrong.

Problems like these could prevent Living Social from working with this merchant again. Finally, Living Social says that sometimes the small mom-and-pop establishments will also reimburse a customer with a gift card or additional discount on a meal to make up for bad service or a deal not being delivered as promised.

Bottom line: be like the eagle-eyed shoppers on “Extreme Couponing” who watch everycoupon ring up on the cash register. Make sure that the Groupon or Living Social or whatever company daily deal that you paid for and were promised is delivered as promised. If not, speak up right away. Don’t just assume that the transaction will go through because someone scanned the bar code on the piece of paper you printed out from the Internet or downloaded onto your Smartphone. I’m living proof that things don’t always go as scanned.

By the way a recent Pricegrabber.com survey revealed that nearly 6 in 10 Americans are planning to use daily deal sites for their holiday shopping. If you’re one of them, then you’ll definitely want to keep these tips in mind.