IS THIS NORMAL? My Picky Eater Gags on New Foods 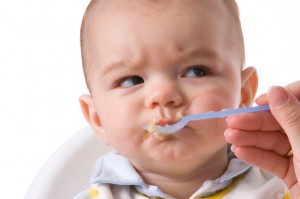 QUESTION: My five-year-old is a really picky eater and will only eat a handful of foods. He gags at any attempt to feed him anything different. Is this normal?

Tara’s Answer: It is common for children to attempt control over what they eat. Many children will demonstrate extreme behavioral reactions to trying new foods, even foods you know they will like, especially if the food looks different than stuff they typically eat. Twenty-five percent of all children have some type of eating challenge, however only three to ten percent actually have eating difficulties severe enough to warrant medical intervention. You have to determine whether your son is not eating certain foods due to taste/unfamiliarity or whether there is an underlying physical problem.

It is difficult to differentiate a finicky eater from one that has sensory issues or gastrointestinal difficulties. If gastrointestinal, the issues will likely have been noticeable during infancy, such as lactose intolerance. These children will cough, have difficulty breathing, or will cry inconsolably. Sensory-based eating issues are often more difficult to determine since food textures change (from solid to liquid) while eating, as does the taste of the food.

If your child has had a bad reaction to particular foods in the past, you will likely see him grimace or pull away when those same foods are presented. Children with sensory issues often become “visual eaters” and will reject food that does not look exactly as they expect or have determined to be “safe.” That also entails food packaging and labels, which children readily recognize. If the root cause of the picky eating is sensory based, you will most likely notice other tactile sensory issues, such as unusual reaction to light touch, sensitivity to clothing, or difficulties with fine motor skills.

It is important to remember that “picky eating” behavior may begin as a gastrointestinal or sensory based issue but, over time, children will limit the foods they consume to the “safe” group. These children learn through experience that the only safe foods they can eat are French fries, fish-shaped crackers, and chicken nuggets.

How does this happen? Due to his original reflexive behavior, the child learns he will not be asked to eat anything he doesn’t like or want when demonstrating displeasure or outright refusal. The picky eating behavior remains long after the gastrointestinal or sensory issues have been worked through because it has become ingrained, similar to a habit you have had for years. This is a classic example of a sensory-based behavior originating from tactile defensiveness that quickly becomes a powerful learned behavior.

1)      Introduce foods to your child that are similar to foods he already enjoys eating. For example, if he eats elbow macaroni introduce spiral macaroni.

2)      Whenever possible, have a family meal time so that your child becomes accustomed to seeing other people try and enjoy new foods.

3)      As part of the evening meal make sure there is at least one food choice available that your child will eat.

4)      When your child is old enough, include him in meal preparation such as stirring food, measuring ingredients, setting the table, serving food, and helping to clean up—this is an very effective strategy and can be fun for the child.

5)      Since many children are label-oriented eaters, remove food from its original packaging and store in other containers.

6)      Create a game out of putting a new food on your child’s plate and encouraging him to take a small bite while eating other foods he likes.

7)      Before introducing mixed-textured foods, start with crunchy/chewy type foods that require a lot of jaw input (e.g. pretzels, fruit leather, turkey jerky, etc.) because this exercises the mouth which engages all of the musculature of the mouth and jaw which helps with motor planning for smaller less controllable foods.

8)      Introducing sour foods can also help get the mouth ready for other foods by desensitizing it. Give them lemons, pickles and even ketchup. Failing all these try lemon candy.

9)      Take your child grocery shopping and play the Color Game. Choose two new foods based on a new color every week. To keep selections healthy, set the rule that one of the foods has to be from the produce section.

Keep in mind that palates change as children mature. This is partly due to tactile and smell sensitivities decreasing as well as increased exposure to different foods. When a child’s palate is severely limited it is important to intervene in a systematic way to expand their food repertoire. 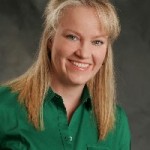 Tara Delaney is a nationally known child development expert who specializes in sensory processing, autism spectrum disorders, and social/behavioral issues. She is the author of two books: The Sensory Processing Disorder Answer Book (Sourcebooks) and 101 Games and Activities for Children with Autism, Asperger’s and Sensory Processing Disorders (McGraw-Hill). An active occupational therapist, Tara is also the Founder/Executive Director of Baby Steps Therapy, a nonprofit clinical practice focused on helping every child achieve his or her greatest potential in the classroom and beyond. Visit her web site at www.taradelaney.com.

4 responses to “IS THIS NORMAL? My Picky Eater Gags on New Foods”