OFF MY NOODLE: How I Am Spending Their Summer Vacation 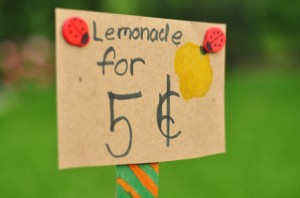 Tuesday: Today I insisted we do something educational, so we drove to a kids’ science museum where I got to lay down on a bed of nails. I had to, since the museum was my idea. This exhibit set out to prove that lying on many hundreds of nails is far more comfortable than lying on a single nail, since body weight is distributed more easily this way. My curiosity on this issue has now been satisfied forever.

Though I encouraged my boys to visit the exhibit explaining how gravity works,  instead they chose to stand for two hours in front of a video monitor playing “virtual volleyball.” While they did this, I learned a lot about the origins of refrigeration.

Thursday: Spent the day trying to de-flea the dog. Just like when the kids had lice, I had to launder all surfaces where the dog sleeps. Since Ken tends to “sleep around,” that meant every blanket in the house. As I laundered, I wondered who coined the expression, “work like a dog.” Have you ever seen a dog “work?” All dogs seem to do other than collect fleas is sleep, bark, sniff for food, look endearing, and sleep some more. Kids complained that we weren’t “doing anything,” but I was working — not like a dog, but like a mom.

Thursday night: Counted to ten several times slowly to avoid screaming when my daughter sang “To-MORROW! To-MORROW! I’ll love ya, to-MORROW, it’s on-ly, a day a-whey!” for the 400th time. Angling for the role of Annie in the camp play, she practices endlessly.  In an act of revenge, the boys make up a song called “Yesterday,” and sing it repeatedly, just for kicks. They have no idea that this is the name of a real song.

Friday: In the sweltering heat, the kids’ new motto is, “If you can’t stand the heat, leave the refrigerator door open.” To keep busy, they ate all the groceries I bought yesterday and wrote out a grocery list for me. It read, “Waffuls. Sirup. Ice cream. Katchip. Noodils.”  They will no longer eat any cereal unless it comes with a free DVD.

Sunday: The kids decide to launch a lemonade and cookie stand business, leaving a tornado of flour, sugar and eggshells behind them. Their haul is nearly fifteen dollars. My cost was about $76.00, including $70.00 for the chiropractor, whom I needed to see after I threw my back out, hauling a heavy table to the street corner for business to open.

Monday: Packed the boys for summer camp, and realized with heavy heart that I will most likely never see these clothes again. Probably, all they will return with is a case of poison ivy and some other kid’s ill-fitting shoes.

In the evening, we flip a coin to decide which movie to watch. I lose, so we watch “Chicken Run” — again. While the kids are convulsed with hilarity, I sneak away to the kitchen for a secret rendezvous with two men: Ben & Jerry.

Tuesday: On the way back from ice skating, my car blows a gasket. Two minutes later, I follow suit. As the car leaks out all its bodily fluids, I wait for the tow truck and give the kids money to buy ice cream from a mini-mart near the shipwrecked car. Somehow, we jam four people into the front seat of the tow truck, where my kids drip their ice cream bars, melting faster than the polar ice caps. There are still eight weeks of summer vacation left.

Wednesday: Distraught at not being chosen as Annie in the camp play, my daughter lobbies for a new role in another drama program at camp. This one involves eating Chinese food and requires several empty rice cartons and chop sticks as props for the play. We stop at a local Chinese restaurant where we often order take-out, and they refuse my daughter’s request for some empties. Though I am hot and sweaty (having just come from the gym, where the air conditioning had broken down), I am furious at their skinflintiness. I march in and demand they hand over chopsticks and cartons, or they will never see my MasterCard again. They begin to see things my way.

Thursday: In a few days, my three boys leave for summer camp. I cannot sleep at night, feeling both excited and unnerved by their looming absence. Despite having to watch “Chicken Run” with them multiple times, I’m going to miss them.

My daughter assures me that I should not worry, that she will still be here, keeping me company. “And if you miss the boys too much, Mommy, I’ll sing ‘Tomorrow’ for you again.”  And that’s a promise.

Posted in Linger, Off My Noodle | Tagged summer break | Leave a response