Clarence Clemons and Emotions in Concert 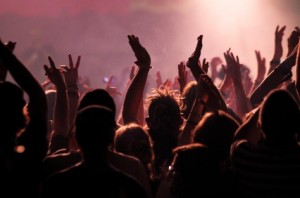 My son was mid-sentence when I found out from The New York Times: Clarence Clemons had passed away. I couldn’t concentrate on what he was saying.

He nodded and gave up on whatever he was telling me to wander into the family room and flip on the Wii. I fell into kitchen chair and read the Big Man’s obituary. I was mid-way through when my son paused his soccer video game and offered, “I’m sorry mom.”

Distracted, I looked up at him and focused enough to ask, “Sorry for what?” I figured he’d broken or spilled something.

“That Clarence Clemons died,” he finished. It was a sweet gesture from a sweet kid. He knew that Iwas a big fan of the E Street Band, cranking up songs like “Jungleland” and “Rosalita” in my car and regaling him with stories of all the Springsteen concerts I’d been to — three of them during Bruce Springsteen’s last tour alone.

My son’s head had been the victim of my air-drumming to Springsteen since he became old enough to move to the front seat of my car. Momma loves Bruce. And Momma was sad about Clarence Clemons passing away.

That he not only recognized how I felt but said something about it is exactly what Ross Douthat wrote about in The New York Times back in 2009, the year I saw Clemons in concert for the last time:

“In album after album [Bruce Springsteen] assigned a new course in my emotional curriculum…I have only become aware of it retrospectively, and society pays too much attention to the first education and not enough to the second.”

My son gave me time. He paused his game. He looked my way. He offered his condolences.

In turn, I stopped reading and thanked him. For noticing. For caring. For saying something.  It’s a simple thing that we so rarely stop to acknowledge: Emotions matter, and showing others you care about theirs matters, too.

Like Douthat said, we don’t pay enough attention to the emotional education of our children or of ourselves. It took a child and a simple kind gesture to remind me how important that is. Or as Springsteen put it:

This life, this life and then the next
With you I have been blessed, what more can you expect

Posted in Boys will be boys, Days Like This | Tagged emotions, springsteen | 1 Response

One response to “Clarence Clemons and Emotions in Concert”