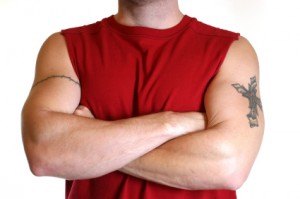 I know. The headline makes no sense, unless you’re a bot, I suppose. And that’s the point.

Two weeks ago, MommaSaid received 600 visitors just from people who had Googled the word “Snooki.” Sadly for them, they wound up at this Wordless Wednesday post called “The Real Jersey Shore,” which doesn’t include any photos or stories about Snooki at all. I had simply written “No Snooki here: The Real Jersey Shore” in the excerpt, and I stuck her name in the metatags. And boom — a little burst of traffic.

No. Not right. Because I can guarantee that people who are Googling “Snooki” when they’re supposed to be working or doing homework are not MommaSaid’s audience. They’re not here because their cars have more snacks than their pantries do, to check whether it’s worth taking the kids to see Kung Fu Panda 2, to find out what to do if their toddlers toe-walk, or to learn that you don’t have to be a warriorto parent with cancer. Rather, they’re looking for stories of Snooki’s drunken escapades, and when they clicked through to MommaSaid, they were no doubt disappointed.

When I saw the traffic stats, I tweeted, “Jen Singer got 600 visitors just from people Googling Snooki. Maybe I’ll write a headline like “Snooki Charlie Sheen Weinergate Swimsuits-on-Sale.” Folks seemed to think this was a clever idea, likely knowing full well that people who are interested in reading about congressmen who tweet their weiners, TV stars with disturbing mental issues and a reality TV show star who inspired one of the most popular Halloween costumes of 2010 might need swimsuits this time of year.

After all, they’re still clicking through for Snooki here, making the grand total of click-throughs for the last two weeks or so 1,761, topping the folks searching for “housewife” and “sex.” Congratulations, Snooki! You’re more popular than MILFs.

As for me, I’d rather continue to take the time to deliberately and methodically build an audience of people who really want to be here, who look forward to what MommaSaid’s bloggers and I write, who tell their friends to drop by. They can find the funny and also, the parenting lessons in Weinergate, and now that school is ending and it’s 90 degrees outside, they can also find the missing mitten.