Another Mountain: The Fifth Grade Graduation 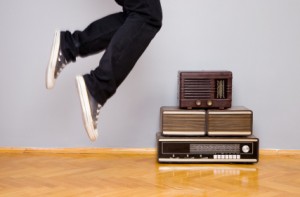 He didn’t want to dance, and I don’t blame him. Each fifth grade class was set to perform a song-and-dance for their graduation from D.A.R.E. (Drug Abuse Resistance Program), but my son really didn’t want to. So his teacher said he could pace in the back with another boy who preferred to skip the dancing part. Meanwhile, I sat in the audience and held my breath.

Though it was technically a graduation from the program, it was also a de facto graduation from school. My son’s fifth grade class will go on to the middle school across town in the fall, where, presumably, they’ll need to know how to resist drugs. I doubt, however, that they’ll need to know how to dance and sing anti-drug lyrics set to “I Will Survive.” But the anti-drug program has nonetheless been successful at many schools across the country, and I’m glad that he participated in it.

On the morning of the program, I took a seat among the dozens and dozens of parents in the bleachers in the school gym, and watched my son stand up with his class and head to the makeshift stage. The music started and – he danced. He was likely lip-synching the lyrics, but the boy danced. And I was proud of him, not just for being mature enough to do something that he clearly didn’t want to do, but also for spending the last two years dealing with something no child should have to.

At the end of third grade, he found out his mother had cancer. That summer, he watched me go through chemotherapy, when I was bald and exhausted and incapable of even driving him to swim team practice.

When fourth grade started, he watched me attempt to coach soccer in a headscarf, wrapped in a blanket, screeching instructions to the team as my voice gave into the side effects of my radiation treatments. Mid-way through fourth grade, he was relieved to discover that I was in remission, and then he watched my previously straight and light-colored hair grow back all dark and curly, making me look like somebody else’s mother.

By fifth grade, he, too, held his breath, waiting for the quarterly PET scan (and unplanned biopsy) results that would prove that I was – and am – still in remission.

So when the D.A.R.E director capped off the dance extravaganza by presenting a slideshow set to music that featured the fifth graders, I was glad he’d turned out the lights first. Because nobody should have to see a grown cancer survivor sobbing to a Miley Cyrus song in the school gym.

There’s always gonna be another mountain

And then the slideshow settled on a close-up of my soon-to-be sixth grader. His friends cheered.

Always gonna be an uphill battle…

I wiped away a tear.

And I, I got to be strong

When the slideshow ended, the DARE director flipped on the lights and asked the fifth graders to stand up, while the audience applauded. I stepped off the bleachers and found my son out on the gym floor, and gave him a hug.

After all, the boy danced.

Jen Singer has launched ParentingWithCancer.com for parents with cancer and the people who love them.

One response to “Another Mountain: The Fifth Grade Graduation”