Parenting Lessons from #Weinergate. No, Really. 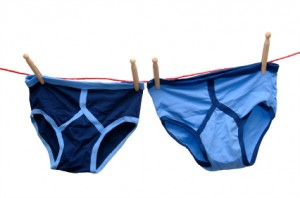 Around my house o’ teenaged boys, not to mention my car so often full of them, we like ourselves a good weiner joke. So when Jon Stewart lampooned the scandal alleging that Rep. Anthony Weiner, an old friend of Stewart’s, had sent a photo of his, let’s say, underpants, I let my boys watch the segment of the show. (Really MSNBC. Don’t you find the humor in your headline, “Jon Stewart probes Weiner scandal”? How about a different verb in a sentence bearing a synonym for the very body part in question? You make it so easy.)

And while it was good for giggles as “The Daily Show” so often is, I was really providing my kids with a cautionary tale that my parents’ generation never even had to think about. I had to show them, sort of graphically, what can happen when you send photos of your private parts across the Internet. Not that they think that a photo of their underpants will end up on “The Daily Show,” but I’m sure they understood the lessons of #weinergate:

Sure, I could tell them all that. But the photo in question under the title “Distinguished Member of Congress” on TV certainly made a bigger impression (pun entirely intended) than anything Mom could say. So thank you Jon Stewart for the awkward, if hilarious, parenting lesson that I wish I never had to impart upon my sons. Now, can you get back to interviewing authors and comedians? Momma needs a break.

2 responses to “Parenting Lessons from #Weinergate. No, Really.”