OFF MY NOODLE: Reveler Without a Cause 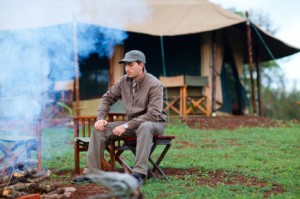 It’s 11 o’clock Sunday evening: Do you know where your husband is?

I know where mine is – eating steaks, drinking single malt Scotch and camping under the stars with a half-dozen of his buddies. I convinced him to go on this river rafting trip, though he was reluctant at first. He understood that 48 hours can seem like 12 days when handling four kids with no co-pilot.

I laughed off his concern. Our kids are great kids — most of the time. I dreamed of the opportunity to create lasting memories with these teens before they fled the coop and it would be too late. I would bond with them as only a mother could.

I must have been delirious. I had forgotten one of Murphy’s Rules of Motherhood: When one parent is absent, the stars begin to misalign in the cosmos, making even the best kids refuse to agree on anything and transforming the best plans into chaos.

To focus on them and them alone, I decided not to cook dinner and asked for votes on what to get for take-out. Big mistake. In a draw between pizza and Chinese food, with neither side giving ground, I made two shameful stops for food. If Child Protective Services had made a spot check of our dinner table and seen the masses of Szechuan beef and fried rice next to onion pizza, they would have slapped the cuffs on me.

After dinner (which I finished with a Tums chaser), I suggested we play a game. Here too, my hazy Hallmark dream of savoring the company of my sons and daughter turned into a darker reality: As I brought our favorite games to the table, my daughter got a text saying that she was urgently needed at an impromptu party, an invitation she treated with the kind of alacrity that I would have treated a summons from the IRS.

I still had the three boys at home, I thought as I dashed out to deposit her at the party. Wrong again! When I came home seven minutes later, two sons had become bewitched by a series of YouTube videos posted by their friends, while the eldest teen had invited friends to pop over for pizza. Each of these friends thoughtfully brought electric guitars. In just twenty minutes, I watched as my plans for a beautiful evening with my kids went up in technological smoke. I was a reveler without a cause.

My mood darkened. These four kids were always asking for money, and never for my company. They were also responsible for approximately 37,841 stretch marks on my body — give or take. Had I gotten a raw deal? It had been so much easier when they were younger, though it didn’t seem like it at the time. Sure, they argued incessantly when they were little, but at least they’d argue about whose turn it was to play with Mommy! Maybe I was being punished for the years I spent complaining about having to jump on pogo sticks and living with Play-Doh-encrusted fingernails.

While I stood around feeling superfluous, my husband called. I felt a frisson of excitement. He would be happy to speak to me! He would tell me that he missed me and valued my company!

“Hello?” I answered in what I hoped was an alluring tone. Yet my husband didn’t sound the way I had remembered, though I had only seen him that morning. Instead, he sounded like a man who had a belly full of steak, washed down by adult beverages. He boasted of saving another guy who had been tipped out of the raft and into Class 3 rapids. The group was now officially a Band of Brothers, bonded by manly, dangerous pursuits. And to think I had encouraged this reckless adventure!

“I miss you, sweetheart,” I said, now terrified. “Please be careful tomorrow!”

Finally, I had a plan for the rest of the evening that nobody would interrupt. Stuffing earplugs in my ears to muffle the sound of the electric guitars in the family room, I prayed that I would get my husband back in one piece, with or without his new neoprene river rafting outfit. And as soon as I saw him again safely on dry land, I would waste no time in planning my own weekend getaway with some girlfriends.

Judy Gruen is the mother of four (mostly) great kids. Her latest award-winning book is  The Women’s Daily Irony Supplement. Read more of her work on www.judygruen.com.

Posted in Linger, Off My Noodle | Tagged bonding, marriage, teens | Leave a response