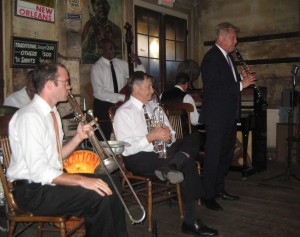 It was the subtlest of moments, caught between notes, on a perfect April Saturday afternoon in New Orleans. And it summed up the weekend nicely. Who would have thought that a conference for mom bloggers could be boiled down to one nod and one smile?

Maybe I feared too much “squee” and not enough substance when I signed up for Mom 2.0 in New Orleans, but I went anyhow, figuring I could escape to my friend Stephanie’s house nearby if need be. Besides, I was speaking. I needed to be there.

But the conference for moms who blog and the marketers who love them turned out to be quite good, if not downright spectacular, from the opening session to the closing remarks, which were held just hours after the jazz tour I took, courtesy of PBS.

I met so many wonderful people and made so many great connections (and one great video, which will be posted on my new site ParentingWithCancer.com when it’s up and running. Thank you DECA TV.) There’s just no way to list them all here (for instance, Microsoft, Travel Girl and New Balance — new sneaks! — and Susan Bross pretty much birthing a blog right at Mom 2.0), but I can say this: Mom 2.0 was all substance, filled with smart branders, marketers and storytellers from around the country.

You can get the inside scoop on the sessions (including the one where I spoke about turning blogs into books along with Meagan Francis, Ellen Gerstein and Linda Konner) and the parties at Mom 2.0’s blog or by searching #mom2summit on Twitter.

For me, though, the conference could be summed up at Preservation Hall that Saturday afternoon. It’s where the jazz tour ended but the fun continued. The trumpet player had just played his solo and was listening to the clarinet player jam out as his foot tapped along with the beat of the drum. Suddenly, he smiled and turned his head ever so slightly toward the clarinet player in approval, as if to say, “So. Totally. Awesome.”

That’s what the conference was all about. It was a bunch of people who play similar but not exactly the same instruments, who got together to appreciate one another’s music. No matter who you met, you felt like smiling and nodding as if to say, “So. Totally. Awesome.”

And so I will go again next year, this time in Miami, even though I know that the photos will look a little different from the ones I took in NOLA: 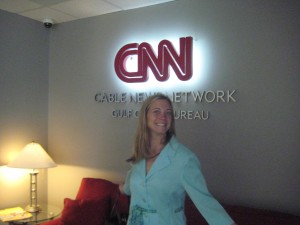 I started out with my college pal Stephanie Oswald who works at CNN. She wrote for the news while I wrote an essay for Natural Health Magazine. 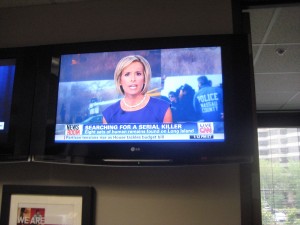 When we saw our college friend Randi Kaye on TV, we both laughed at how much it felt like BU. So we ordered in a pizza. 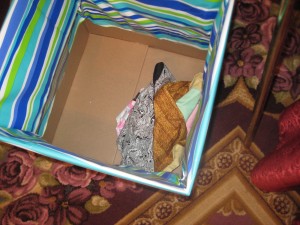 At the conference, J & J was collecting headscarves for the Fistula Foundation, so I gave some of my old homemade scarves my mother-in-law made when I had cancer. 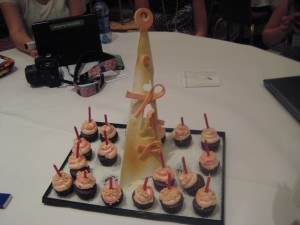 Which of course made me a little extra emotional during the American Cancer Society's birthday celebration. Except I dropped a lit match and nearly burned the table down. But anyhow. I cried thinking about friends who have cancer now and those I've lost to cancer. 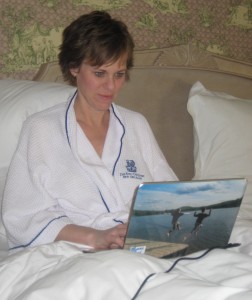 Stephanie thought it was funny when she found me writing an op-ed about chocolate milk for the Wall Street Journal in bed. I pretended I always write this way, in bed, at the Ritz Carlton, showered and made up. 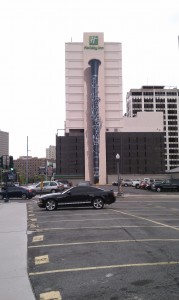 Then again New Orleans is a one-of-a-kind city. 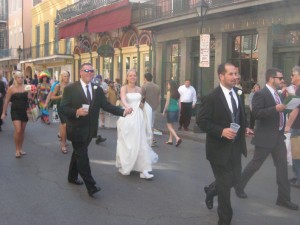 Where you see things you normally don't see 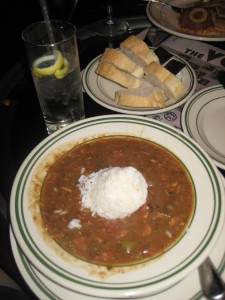 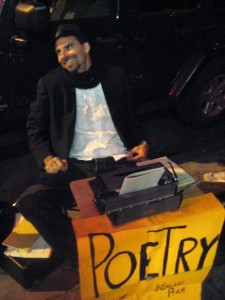 And buy things that you normally wouldn't buy. 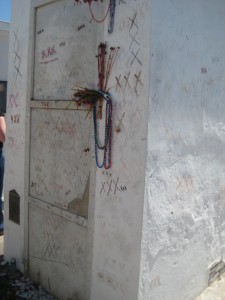 Where wishes are asked for 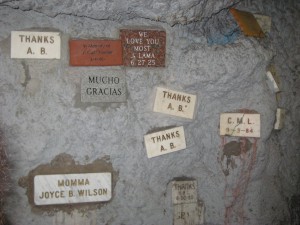 and prayers are answered. 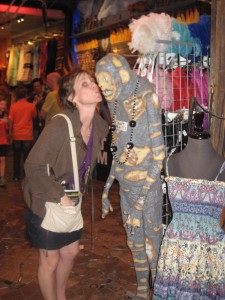 And you make friends new and, um, old. 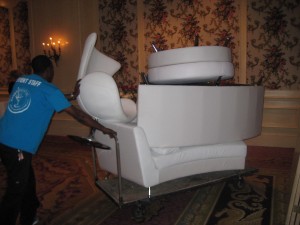