In Alan's Spinning Class, No One Can Hear You Scream

And I’m not sure which looked more ridiculous…me as a middle-aged mom racing the men on each side of me on bikes that don’t go anywhere.

Posted in Days Like This, MommaSaid Classic | Tagged exercise, spinning | Leave a response

OFF THE NOODLE: Diagnosis: Male

These offenses included singing “Climb Aboard the Space Ship” during “quiet time,” sneaking his fruit snacks into the rabbit cage, and pulling down his pants during Sharing Time.

Posted in Linger, Off My Noodle | Tagged boys, growing up, men | 5 Responses 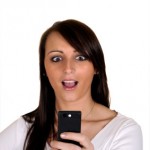 Maybe Secret could sponsor me for a “Women Who Perspire.”

Let's Get This Motherhood Started

It wasn’t until hours later, when I padded to the NICU alone in the wee hours of the morning, that I got to hold my baby for the very first time.

Posted in All in the family, Days Like This | Tagged March of Dimes, NICU, premature babies | Leave a response

POST WITH A PURPOSE – Save The Children’s Mission In Japan

Instead of buying new pants for my son today, MommaSaid is donating some money to Save the Children for the children of Japan affected by the recent disaster.

Posted in All in the family, Cancer Stinks | Tagged moms, remission | Leave a response