LIVING IN SPLITSVILLE: Areas of Density or Unresolved Anger? 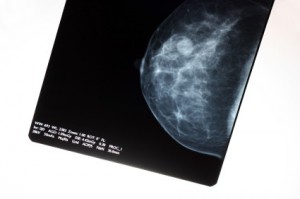 I always feel like The Prodigal Blogger when I go for weeks without posting–a little sheepish, like I have to acknowledge my absence. Which is sort of the point of this post—i.e., the inherent self-absorption in being human. Then again, the last couple of weeks of blog neglect were due to my being paralyzed with fear.

I had a routine mammogram in late February, and, for the first time ever, I got a call from the clinic telling me I had to come back for more images because of a suspicious “area of density.” So, naturally, I Googled every possible combination of  “abnormal,” “density,” “mammogram,” “common,” “percentage,” “of,” “ghastly,” and “death.”

Even so, I learned that 10 percent of women who get routine mammograms are called back for repeats and that the vast majority of them turn out to be fine. And most of my friends have been through this and it was nothing. But this was me, and I am really, really, realllllllly bad at this kind of thing. Worse than most people. When in doubt, I assume Murphy’s Law will prevail.

When I was pregnant, I worried that my child would be an albino, if only because it’s so unlikely, because it’s one of the few things you’re not tested for, the thing no one would think to think of–so, ha!–I thought of it first. (The fact is, I have been handed stuff in my life, both good and bad, that is statistically very unlikely to happen to anyone, which may explain my glass-half-emptiness. But we shan’t go there.)

So for weeks, I’ve been quietly but very effectively freaking myself out, imagining hideous scenarios, superstitious that becausepeople blithely told me they had the same thing happen and insisted that “Oh, it will be fine,” that guaranteed it wouldn’t be; that because I saw a “Support the Fight Against Breast Cancer” poster in the window of the post office, I was doomed. I was also assigned an article on breast cancer at work this week AND I learned that a colleague’s wife died of it. Signs, signs everywhere! And then, of course, why not me?

People DO get the worst news possible, all the time. Entire countries are swept away in tsunamis, taking other women with “areas of density” with them. I’m sure everyone reading this has partaken of at least one appetizer from life’s misery menu, if not several entrees (and I certainly don’t mean to trivialize anyone else’s suffering by making light of my own hypochondriac tendencies; also, please excuse the overwrought menu metaphor).

I fretted that maybe my “area of density” was in fact a grumpy, pissed-off little knot of unresolved anger. That led me to the predictable bargaining and promising my personal Almighty (whom I bring out on these occasions) that I would forgive all–no, really, everything, especially the still-smarting fact of my children’s seemingly sitcom-worthy other life—one that could only have been custom-designed for me by a vengeful, unholy being. I promised I would abandon all negativity and never again say or even think “No fair!” if only, only, only the mammogram would turn out to be benign.

So, yeah, it was benign. In fact, when the radiologist said “It’s nothing. Come back in a year,” I sat there in disbelief, waiting for her to shut the door, assume a grave demeanor and level with me. But yes, this time, I was spared. This time. The high of the relief I felt on the way home was almost worth the agony I put myself through for the previous two weeks.

Now, the big challenge: To keep that promise to my personal Almighty.

One response to “LIVING IN SPLITSVILLE: Areas of Density or Unresolved Anger?”