One correct answer on today’s sixth grade social studies test, if you need to know, is: Social scientists believe that clay sculptures found in caves signified individual clans. I know this, because I was testing my son over breakfast this morning. And it got me thinking: Aren’t blogs the clay sculptures, or maybe cave drawings, […]

Posted in Uncategorized | Leave a response 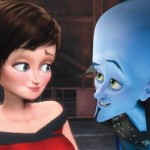 YOU'D BE SO PRETTY IF…: Putting Yourself Last is Bad for the Kids

When times get tough, do you put yourself last? What does that say to the kids?

Posted in Linger, You'd Be So Pretty If... | Tagged parenting, self care, stress | 2 Responses

WORDLESS WEDNESDAY: Women on the Verge

“Go to your room” was a phrase that used to instill in a child a sense of dread. But that was before technology changed how our teens and tweens socialize.

God Jokes. Good Thing I Have a Sense of Humor.

Maybe I’ve learned to see the glass as half full. Or maybe, after you’ve had cancer, a morning in the ER and some antibiotics as a cure don’t seem like much of a big deal.

Posted in Cancer Stinks, Days Like This | Tagged illness, marriage, sense of humor | Leave a response