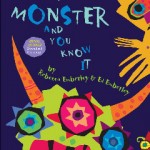 These books help kids prepare for a festive Halloween.

Now I am faced with whether I should get my own kids cell phones, and I’m having a hard time coming up with a good reason to slip new phones into their Christmas stockings.

Posted in All in the family, Boys will be boys, Days Like This | Tagged cell phones, teens, tweens | 7 Responses

LIVING IN SPLITSVILLE: I Need a Chair, Dammit!

At my age, I guess standing is the new slam-dancing.

REEL LIFE WITH JANE: Should You See "The Social Network"?

‘The Social Network’ will likely be remembered as one of the better films of 2010, but because of the content, I don’t recommend it for kids younger than 14.

Like someone with a hangover, I had no recollection of having ordered half the stuff.

Posted in Linger, Off My Noodle | Tagged shopping, Tupperware | 1 Response

Who thought paper mache was extinct?