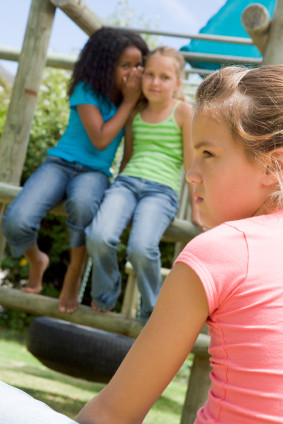 Our own Kathy Sena is switching gears to share her Parent Talk Today blog with us at MommaSaid. We’re starting with a popular guest blog by Stacy Lipson, whom Kathy says “is a terrific freelance journalist and a woman who’s not afraid to speak up… I think she sends a critical message to parents” about bullying. “Someone’s children are doing the bullying. Someone’s children are either joining in, standing by and doing nothing or standing up for the rights of the kids who are getting bullied and saying ‘this is not OK’.”

I didn’t seem to fit in with the other kids. I was terrible at sports, and with big, dorky glasses that seemed to envelop my face, I was a prime target for bullies.

The abuse started in third grade. It began with a small paper airplane that had been tossed into my cubby hole. “You have germs. Stay away from me.”

Later, my classmates graduated to an even better nickname: Stacy Germs. In line for lunch, on the playground, or at class events, my classmates would huddle as far away from me as possible. I felt isolated, alone, and miserable. So I did what any child would do — I told my teacher.

My teacher held a class meeting, in which she discussed how wrong it was to tease others. Still, my classmates’ behavior was clear enough. I wasn’t a part of their group.

As the years passed, I had trouble making friends. Every time I tried to talk with the other children. I would be shunned for being an outsider. Over time, I learned to find solace through reading. My mother would take me to the bookstore and I would spend hour upon hour delighting myself with fictional characters, immersing myself in a world full of literature and knowledge. Yet I was alone, in ways more than one. And I didn’t know how to tell anyone.

By the time I hit seventh grade, I was a walking mess of insecurity. I was desperate to make friends, but had no idea how to do that. At the same time, my body began to change, and the bullying that I had gotten so used to over the years began to turn into a dulling roar — only this time, it was directed at my body.

A neighborhood bully, Arthur, started to sexually harass me on the school bus. The cruel comments he made left me a quivering, crying mess by the end of the day. Day after day, I endured the comments. My sister and brother, who rode the school bus with me, would try to stand up as my ally. Still, their words fell on deaf ears. Even with three voices raised, the other students sitting beside us never said a word. More than once, multiple voices would join in the torment.

As the abuse continued, I found myself wondering if there was something horrendously wrong with me. When I pounded my pillow at night, I wondered what I had done to make them hate me so. Was it the speech problem I had as a child, where I would accidentally slur my words? Or the way I did my hair, pulled up in a ponytail?

I wish I could say the abuse stopped. That an adult stepped in to make it better. But it didn’t stop with the sexual harassment. In gym class, other girls would offer their own version of torture. I began to get teased for the gym shorts I wore, the t-shirts I brought. Slowly, a ball of bitterness began to sit in a hard knot at the pit of my stomach. In class, I was afraid to speak, for fear that laughter would echo throughout the room. I ached to be a part of the social scene. Still, I didn’t know how to get the abuse to stop.

One night I confessed everything to my mother. With heaving sobs, I told her about all of it. She went to the principal, to the teachers, and to the bus driver, but the abuse never really stopped until I turned 16.

After reading recent news reports about the astonishing number of children who have been bullied, and after reading their tales, this is what I have to say to all of the parents out there:

You may think you understand. But you don’t. You can’t understand unless you’ve experienced it. And if you have experienced it, you know how it feels. The anxiety, fear, and sadness that seem to be a part of your daily experience. The wish that some day, not too far off, the abuse would stop. The wish to be someone else.

I don’t like to talk about what happened to me as a child. I never thought I would need to. But I think it’s important for parents to realize that bullying is an epidemic. It’s not going to go away anytime soon, and once one child starts, the rest can join in. It’s time to do something. Children need to realize the power behind their words and actions, and parents need to make sure that their children are listening. Hard.

I didn’t speak up then. I wish I had.

Stacy Lipson is a freelance writer. Her work has appeared in regional and national publications. Follow her on Twitter. 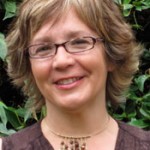