YOU'D BE SO PRETTY IF…: Self-Acceptance or Self-Improvement?

But does self-acceptance mean that there isn’t room for self-improvement?

Posted in Linger, You'd Be So Pretty If... | Tagged body image, dieting, exercise, self acceptance | 1 Response

Viewers familiar with the book might feel unfulfilled after watching the movie. 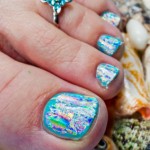 It’s other, subtler things that catch me off guard and force me to acknowledge my advancing age.

10 Signs it's the Tail End of Summer Break

Posted in Days Like This | Tagged August, back to school, summer break, vacation | Leave a response

Thumbs Up: Mobilizing to the E.R.

He was oddly calm about it, as though he’d just popped a button on his shirt instead of effectively cutting off the end of his thumb.

Posted in Days Like This, For better or worse | Tagged ER, injuries | Leave a response

MOMMASAID CLASSIC: Boys Will Be Gentlemen

The uncertain, yet substantial milestones come later and in such a subtle way, you might miss them altogether, when really, you should celebrate them.

Posted in All in the family, Boys will be boys | Tagged gentlemen, growing up, manners | Leave a response