Puberty that arrives earlier or later in boys, compared with their buddies, can trigger chemicals related to antisocial behavior. 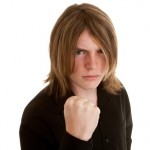 [Editor’s note: MommaSaid’s Melanie Davis, of the Buzz on the Birds and the Bees, and Kathy Sena, of Boo-Boos, Germs & Pap Smears, are teaming up to tackle the news about this study on how earlier or later puberty can trigger aggression in boys.] by Melanie J. Davis, EdD, CSE The arrival of body hair, voice changes, […]

“A basket full of happiness,” courtesy of PeaceLoveWorld.com.

Posted in Freebies | Leave a response

Everything You Ever Wanted to Know About Babies, Plus KISS

I couldn’t help but think that what they were doing with the store is what I did with my newly released book, “Stop Second-Guessing Yourself — Baby’s First Year.”

While not as good as ‘Iron Man’ or other comic book movies like ‘The Dark Knight,’ ‘Iron Man 2’ is still a fun action flick and a great way to kick off the summer movie season. 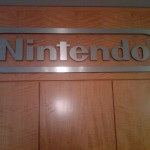 HOW COOL IS THAT? Springtime with Nintendo

Anyhow, here are two fun new games for the kids and for Mom and Dad, too:

Posted in How Cool is That?, Linger | Leave a response

Posted in Boys will be boys, Wordless Wednesday | Leave a response