HOW COOL IS THAT? Springtime with Nintendo 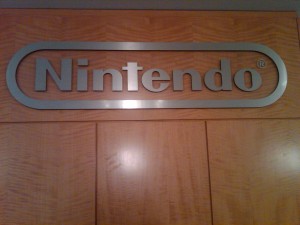 We at MommaSaid are big fans of all things Nintendo. So when Nintendo invited me, Jen Singer, to drop by their Manhattan headquarters to try out a new game, I jumped at the chance. (There’s a video game joke in there somewhere, but it’s too early to be that pithy.)

Anyhow, here are two fun new games for the kids and for Mom and Dad, too:

Super Mario Galaxy 2 for the Wii (releases May 23rd):
Rated E
We never played the first version of this fun game when it came out in 2007, so I’m not sure how it compares. All I know for sure is that it’s fun to play, and that, unlike the retro Super Mario  Brothers game we got last year,  it’s going to be hard for my kids to ditch me. There’s a function where you can pretty much follow the other player around without slowing him down or working too hard. I found it easy enough to play, yet challenging enough for a more accomplished player, like my son, who can carry on full conversations about unrelated topics while wielding his Wii remote.

Here are the details, according to Nintendo:

Now this first true Mario sequel in years re-energizes the franchise with new levels and new power-ups. Plus this time Mario gets to team up with his dinosaur buddy Yoshi, who adds new possibilities to the gravity-defying game play. It’s everything you love about the first game and more.

Picross 3D for the DS:
Rated E
Now here’s a game for Mom or Dad, if they can commandeer the DS. It’s a puzzle game where you use your stylus to chip away at virtual blocs to uncover a shape inside. You can rotate the puzzle however you want to get a better look at what you’re working on. The game comes with 350 brainteasers, but you can download more with a Nintendo Wi-Fi connection. It looks even cooler on the larger Nintendo DS XL system.

I’d love to embed the game trailer  right here in my blog (ahem, Nintendo folks), but we’ll have to settle for the link to the Picross page over at Nintendo.com: http://www.picross3d.com/what-is-picross.html

FULL DISCLOSURE: Nintendo provided the Wii system, the DS XL and the Picross game for free, but I only review what I like, and I tell it like it is.

Posted in How Cool is That?, Linger | Leave a response