REEL LIFE WITH JANE: What's Coming to the Movies in June 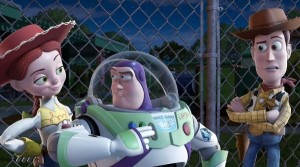 Movie and DVD reviews for you and your family

A giant cartoon dog, some old toy box friends, and a few vampires and werewolves are coming to theaters in June. Here’s a sneak peek at what’s new on the big screen.

MARMADUKE
PG for some rude humor and language. In theaters 6/4. Ok for kids 7+. 4 out of 5 Reels. http://www.themarmadukemovie.com/

I loved Marmaduke when I was a kid (still do!). That big, lovable Great Dane, created by Brad Anderson, was featured in 600 newspapers in over 20 countries, and now he’s leaping onto the big screen. Now “the Duke” is living large in Orange County, California, but life isn’t always easy. He’s having problems fitting in with his new four-legged friends, and even has a potential romantic interest! Owen Wilson voices the big mutt, and others featured in the film include Christopher Mintz-Plasse, Emma Stone, George Lopez, Kiefer Sutherland, Judy Greer, Sam Elliott, and William H. Macy. Fun!

THE KARATE KID
PG for bullying, martial arts action violence and some mild language. In theaters 6/11. Ok for kids 10+. 4 out of 5 Reels. http://www.karatekid-themovie.com/

In this remake of the popular 1984 movie that starred Ralph Macchio, 12-year-old Dre Parker (Jaden Smith) could’ve been the most popular kid in Detroit, but his mother’s (Taraji P. Henson) latest career move has landed him in China. Dre immediately falls for his classmate Mei Ying – and the feeling is mutual — but cultural differences make their friendship challenging. Even worse, Dre’s feelings make an enemy of the class bully, Cheng. With no friends in a strange land, Dre turns to maintenance man Mr. Han (Jackie Chan), who’s secretly a master of kung fu. As Han teaches Dre that kung fu is not about punches and parries, but maturity and calm, Dre realizes that facing down the bullies will be the fight of his life. This movie promises to be funny and touching, especially since bullying, in some ways, is more prevalent now than ever before – both online and in real life.

We can never have too much Buzz Lightyear and Woody in our lives, and now they’re back in a third installment of the popular Pixar franchise directed by Lee Unkrich (co-director of ‘Toy Story 2’ and ‘Finding Nemo’). As Andy prepares to head off for college, Buzz, Woody and the rest of his loyal toys are troubled about their uncertain future. They find themselves smack in the midst of a room full of untamed tots who can’t wait to get their sticky little fingers on all these “new” toys. It’s pandemonium as the toys try to stay together, ensuring that “no toy gets left behind.” Meanwhile, Barbie comes face to plastic face with Ken (yes, that Ken).

Ready for more ‘Twilight’? The Twi-Hards are! In this third installment, Bella Swan once again finds herself surrounded by danger as Seattle is ravaged by a string of mysterious killings. Not only that, but a malicious vampire (that would be Victoria, played by Bryce Dallas Howard) continues her quest for revenge. In the midst of it all, Bella is forced to choose between her love for Edward (Robert Pattinson) and her friendship with Jacob (Taylor Lautner) — knowing that her decision has the potential to ignite the ageless struggle between vampires and werewolves. With her graduation quickly approaching, Bella is confronted with the most important decision of her life. If you aren’t familiar with the story or books, I won’t spoil that for you, but rest assured this is a wonderful installment of the films based on Stephenie Meyer’s ‘Twilight’ books.

JANE’S REEL RATING SYSTEM
One Reel – Even the Force can’t save it.
Two Reels – Coulda been a contender
Three Reels – Something to talk about.
Four Reels – You want the truth? Great flick!
Five Reels – Wow! The stuff dreams are made of.

Jane Louise Boursaw is a freelance writer specializing in the movie and television industries. Visit her online at filmgecko.net and ReelLifeWithJane.com,or email jboursaw@charter.net.