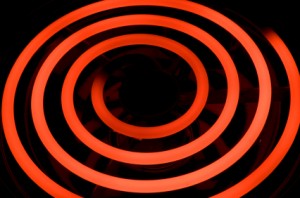 As any mom who has turned down the temperature on the water heater, set a pot of boiling water on the back burner of the stove or bought two dozen electrical-outlet covers at Home Depot will tell you, burns are a big concern when you have young kids in the house. They’re a too-common cause of children’s injuries, typically resulting from hot water, flames, hot surfaces, chemicals and electrical appliances.

A recently released, long-term study, conducted by Nationwide Children’s Hospital in Columbus, Ohio found that from 1990 to 2006 (the most recent statistics available), more than 2 million children were treated in hospital emergency departments for burn-related injuries.

The good news from the 17-year study: Researchers saw a 31-percent decrease in the rate of burn-related injuries. The bad news is that children are still being injured from burns – about 120,000 each year.
“The decrease in the burn-related injury rate over the study period is notable,” says study author Lara McKenzie, Ph.D., principal investigator at the Center for Injury Research and Policy at Nationwide Children’s Hospital. “However, the disproportionately high number of injuries, and the severity of these burns to young children, is still cause for concern.”

Data from the study, which appeared in the medical journal Pediatrics, show that children younger than 6 accounted for more than half of all burn-related injuries. Among that age group, most injuries occurred in the home, and the majority (60 percent) resulted from thermal burns. The hands and fingers were the most frequently injured body parts (36 percent), followed by the head and face (21 percent).
McKenzie, also a faculty member of The Ohio State University College of Medicine, says that reasons why younger children suffered a majority of burn-related injuries during the study period may be due to parents underestimating the reaching ability of toddlers, and the fact that younger children have thinner skin.

“Parents should be aware of the capability of reach that their toddler may have,” says McKenzie. “Items that seem out of reach for young children may not be. That risk should be eliminated. Also, young children, especially those under age 6, have thinner skin, and the severity of a burn can be greater for them even at a reduced exposure time.”

Parents can help protect their children from burns by setting the water heater thermostat to no higher than 120 degrees Fahrenheit, keeping kids away from the stove, locking up chemicals and covering unused electrical outlets. Parents should prohibit young children from operating microwaves or other electrical appliances, preparing hot food or drinks and playing near the kitchen during food preparation.

Kathy Sena is an award-winning health and parenting writer and the mother of a 13-year-old son. Visit her website at www.kathysena.com and check out her blog, Parent Talk Today.