OFF MY NOODLE: Valentine’s Day Romance? Save It for March 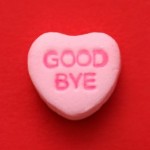 At the risk of betraying my gender, I’d like to put a big heart-shaped kibosh on the vast Valentine’s Day industrial complex. I like romance as much as the next gal, but in my sometimes humbling experience, Valentine’s Day is more likely to sink a love boat than float it.

For starters, there’s the advertising blitzkrieg dangling gem-studded pendants, sexy silk nighties, and even personalized teddy bears, which can all taunt women. These just set us up for unrealistic expectations, far beyond the ability of most non-metrosexual men to fulfill.

In a moment of horrifying clarity, the roses became an omen: If they bloomed, I’d end up sporting a dazzling diamond ring. But if they stalled in the bud stage . . . well, that outcome was simply unspeakable.

With no other prospective boyfriends on the horizon, failure to thrive was not an option for these roses. In a Valentine’s Day-induced panic, I called a florist, describing the roses’ symptoms in detail. (In retrospect, no rosebuds could have bloomed in a small apartment where my neurosis had sucked up all available oxygen.)

I attempted gardening CPR: clipping their stems at 45 degree angles, refilling the vase with water that was exactly 92 degrees (good thing I had a thermometer handy), and administering aspirin to the water, even though I was the one with the headache. If I had been offered roses on February 13 or 15, I would have enjoyed them for as long as they lasted. But because it was February 14, I worried myself sick over their condition. I ask you, is this any way to run a romance?

For women without significant others, February 14th creates a hostile environment unlike any other. They must bravely face down supermarket aisles bursting with pink greeting cards and calorically disastrous chocolate samplers, while guys on street corners wave fragrant bouquets of flowers in their faces.

True, women have never needed men to enjoy high-octane raspberry filled truffles. In fact, guys are often a nuisance during otherwise intimate chocolate moments. Valiant single women will simply pretend that February 14 is no more significant than Fish Amnesty Day, while subconsciously stopping at the local mall for a new bauble before settling down with DVDs starring Brad Pitt or Matthew McConaughey.

But do not think that all my sympathy is reserved for women. Guys don’t have it much better. For them, February 14 is a day of heart-shaped extortion, costing them roughly the same as the looming federal heist of April 15.

Men are on the hook for a good dinner out (guys, this means a place where you don’t order standing up) and some bling-worthy jewelry, preferably of a nature so dazzling as to induce temporary blindness. Failure to adhere to these unspoken rules will almost certainly ensure a sentence of solitary confinement on the couch for two weeks. But men who find themselves in this sad state can at least take succor in their fantasy league baseball while their women cool off.

For my money, a man is at his most romantic when he is wearing something really sexy, such as a dish towel slung over his shoulder while he scrubs a lasagna-encrusted pan. Diamonds may be forever, but so is the lingering memory of a man going mano a mano with a Dustbuster, neatening up the house before showering for his lady-love.

Candy is dandy, and jewelry looks cool on me, but I’d rather get them in March or July – just about any other day without an implied threat: Show me you love me, or else!

Judy Gruen’s latest book, The Women’s Daily Irony Supplement, has been known to induce so much hilarious laughter that it could burn up to 500 calories. (**** Your results may vary.)