LIVING IN SPLITSVILLE: Who Was Bringing Up Two Very Lovely Girls 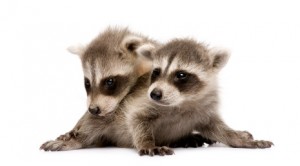 Back when R & I were following the American Dream instruction manual–that is, mom, dad and the kids all living under the same roof–it was pretty clear which two of us were the parents and which two were the kids. When that manual was taken in the night and replaced by the Mid-Life Crisis Manifesto–which instructed R to move out asap–the family dynamics changed.

I’m technically still the mom, but the lines between myself and my daughters have blurred considerably, especially as we head into Day Five of our bi-monthly five-day 50/50 custody stretch. Here are some common scenarios that occur when it’s just the three of us gals at home:

•Older Daughter (OD) is Younger Daughter’s (YD) mom. Love this one. Suddenly OD will announce that she wants to give YD her bath, or put her to bed, or make her dinner, or pick her up from the school bus. I never protest and, in fact, sometimes go too far–like when I recently asked if she’d mind raising YD for a few years so I could see what it’s like to live in Costa Rica.

•Older Daughter thinks she’s my spouse. Not into this one at all. OD thinks she can scold me for forgetting to pack Pirate’s Booty in YD’s lunch? I don’t think so.

•Younger Daughter thinks she’s my mom. YD thinks she can shout from the back seat that there’s a red light so I need to put my foot on the brakes? I don’t think so.

•I’m the third sister. Sometimes I’m misunderstood and left out like Jan Brady, but usually I get to be Marcia, the groovy oldest one who knows about boys and bikini waxes and is worshiped for that. The flip side is that as the capricious big sis, I often want the kids to leave me alone so I can go on Facebook and/or exchange emails with my far-out boyfriend. Also, I will howl if one of my baby sisters tries to replace my David Bowie CD with anything by someone named Taylor or Miley.

•I’m a neglectful mom, who has spent the entire f***ing weekend getting the girls snacks (my god, do they ever stop wanting snacks??), combing out their head lice, driving them places, reminding them to do homework, doing laundry, and vacuuming up the snack crumbs. As Neglectful Mom, I have to sit down with a glass (or two) of wine and pretend I don’t know that the girls are upstairs watching TV for the fourth hour in a row. In fact, even if YD wants to cuddle in my lap and have me read to her, I am prone to saying something like “Hey, isn’t Wizards of Waverly Place on now?”

But before you dial Social Services, remember that these are the exceptions and that I tend to exaggerate. Mostly I’m the Perfect Mom, and I’m sure that’s how my girls will remember me.

One response to “LIVING IN SPLITSVILLE: Who Was Bringing Up Two Very Lovely Girls”