NATURAL AS POSSIBLE MOM: Spanking — This Will Hurt Me More Than It Hurts You 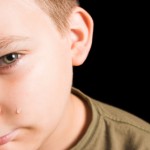 At the Long Island Children’s Museum over the holidays, my friend and I ran into an old friend of hers who has a nine-month-old and a three-year-old.  The friend of a friend asked me how my big girl liked becoming a big sister. She wanted to know, she said pointing to her own big girl, because, “she’s just terrible.”

I was about to explain that I went through a period just like that, but she kept talking. “Yes, she’s really not listening, and I don’t know what to do. We tried spanking her, but it doesn’t seem to work…” She was still talking, but I didn’t hear anything past the phrase, “We tried spanking her.” I looked down at her daughter, a tiny little thing, and had to will myself not to be judgmental.

I grew up with a single mom after my dad died when I was little. She worked a lot. Money was tight. When things got stressful (and they got stressful a lot) and we misbehaved, my mom hit us the same way that my grandmother hit her when she was a little girl. No, we weren’t getting punched or kicked. More like hit with the shoe, hit with the big wooden spoon, hit with the slipper.

I can vividly remember being hit with the handset of one of those old-fashioned rotary phones because I was sneaking out of bed to call my cousin. That one hurt a lot. I also got my hair pulled and I got smacked.

When I was a teenager, my mom was so mad at me one day that at me she picked me up by my hair and banged my head against the wall. But back then, even that wasn’t something that would be considered wrong or bad. There was no stigma attached. It was acceptable, and my mom did it whenever she thought we needed it — in front of people, on the front lawn, at the store. All the adults in the neighborhood did it. One time my uncle even hit me because I was misbehaving with my cousin.

Me, I can’t do it. I just can’t. I smacked Katelyn’s butt once, and I instantly felt like I wanted to die. Here she is, this little, tiny girl. Here I am this big adult. My hand completely covered her behind. She weighed, at the time, a quarter of what I weighed. She wasn’t allowed to hit back. She just had to stand there and take a smack because of something — whatever it was, maybe she didn’t listen, maybe she was fresh?

How is that a fair fight? How is that teaching her right from wrong? How is that going to build trust between us? How can I, as a mother, tell her never to let anyone lay a hand on her if I am doing exactly what I am saying is wrong? And how can I tell her not to hit other children if hitting is okay in our house?

I know lots of people say that spanking is a solid disciplinary tool. And that it’s the only thing that kids respond to. Me, I say that’s a load of crap. I’d say those people were taking the easy way out, but I can’t even own that statement because, at least for me, it was one of the most difficult things I’ve ever done. I think, like my mom, a lot of parents are acting out of frustration and anger. They lose their temper. And once they do it once, and they see the look of fear in a child’s eye, they think it’s a good idea.

After I smacked Katelyn, I took her in my arms and apologized. I told her that it’s not okay to hit, and that I was wrong and very, very sorry. And that it would never happen again. I told her sometimes grownups make mistakes, too, but that I learned my lesson. Since then we use time-outs and taking things away instead of smacks and spanking. It’s working out pretty well.

My heart honestly goes out to that woman we met at the Children’s Museum and to any other adult who spanks. I think, if they think about it,that  it’s actually hurting them as much as it’s hurting their kids.

Let the comments fly. Why am I right? Why am I wrong? How do you feel about the issue.

Karen J. Bannan is a writer, editor, and blogger. Her work has appeared in more than 100 publications including Parents, The New York Times, Time Magazine, and Forbes, among others. She covers parenting, technology, business, and marketing, and her blog, NaturalAsPossibleMom.com, examines all of the above through a green prism.

8 responses to “NATURAL AS POSSIBLE MOM: Spanking — This Will Hurt Me More Than It Hurts You”