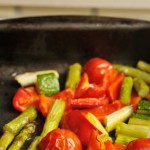 EVERYDAY GOOD EATING™: How to Live Gluten- and Wheat-Free

I have lived wheat free for 20 years and am far from starving—in fact I’m better fed now than ever.

RADICAL PARENTING: An Age-by-Age Guide to the "Internet Talk"

If Cancer is a Gift, Where Can I Return it?

Last month, I held a fundraiser and remission party called “Kiss Cancer Goodbye” here in my community. More than 150 people came to support the Leukemia & Lymphoma Society, eat good food at the Smoke Rise Village Inn and dance to music by the Flying Mueller Brothers and the Sugar Hill Gang. They also came […]

REEL LIFE WITH JANE: Should You Take the Kids to See "The Princess and the Frog"?

It’s mid-way through December, and yet, we’ve received only six holiday cards by snail mail. At first, I thought people struck us off their list because I quit sending cards. I thought maybe we had cooties. But when I commented on it on Twitter and Facebook, I found out that other people are receiving the same […]

While you’re busy running around making holiday preparations for everyone else, why not take a second for a chance to treat yourself? Or maybe you’re looking for the perfect gift for that hard-to-buy-for woman in your life? Leave a message in the comments section under this entry by Thursday, December 17th at midnight ET for […]