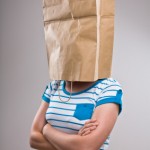 The Harvard study, published in the current issue of Pediatrics, found that parents tend to wait until after their teens become sexually active to discuss sex with them. While it’s good that  parents are talking about sex at all, they clearly need to do it sooner if they hope to influence their teens’ behavior.

The study participants included teens ages 13-17 and their parents.  With about 140 participants, the sample was small, but the findings are important.

Many parents I speak with are so focused on discussing puberty-related changes with their children that they forget the big picture. Yes, it’s important to talk about changing needs for hygeine and grooming, about erections and menstrual periods, and about family rules for dating curfews.

But letting a teen date without discussing sexual activity is like giving a teen car keys without driving lessons. Your teen may manage to avoid injury, but doesn’t it make sense to teach the rules of the road first?

A report in the August 2009 issue of Contraception included data on teens’ sexual debut, i.e., when they have their first sexual experience. The researchers found that by age 17…

Parents of any race may assume their teens are non-sexually active, and statistically, some of those parents would be right. But why leave it to chance? One thing we know for sure, after decades of study, is that discussing sex does not lead teens to be more sexually active. Indeed, some teens decide to put off becoming sexually active after discussing the potential positive and negative impacts of sexual activity.

Since teens are unlikely to state, over dinner, that they are considering having sex, it’s wise to initiate conversations yourself.  Advocates for Youth, a terrific sexuality education resource site for educators and parents, offers handy sex ed guidelines for when should parents start talking, and about what, so that conversations are developmentally appropriate.

Some parents who believe their teens are considering sexual activity or may already be active keep condoms and back-up contraception (foam, film, sponge, jelly) in the house. The next step should be to talk with adolescents and teens about the decision making that should take place prior to using contraception:

These are important questions for teens to consider before becoming sexually active, and you  can help by, at the very least, bringing the questions to your teens’ attention. Even better, offer to help your teen think through all the possible answers and their ramifications.

Melanie J. Davis, MEd, CSE is the founder of Honest Exchange LLC, a sexuality education consulting firm in Somerville, NJ. http://www.honestexchange.com She is a blogger and the author of “Sexuality Talking Points: A Guide to Thoughtful Conversation between Parents and Children.” She is the co-founder and Director of Education Services for the New Jersey Center for Sexual Wellness in Bedminster, NJ. http://www.njsexualwellness.com

2 responses to “BUZZ ON THE BIRDS AND BEES: Parents Say Too Little, Too Late”