BRINGING UP GEEKS*: Are Dirty Songs Still Dirty without the Lyrics? 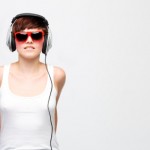 The subject line on the e-mail in my inbox said, “Moms group question – song lyrics.” The first draft of my reply read: “AAAAARRRRRRGGGGGG,” but I thought better of it. E-mail isn’t good for conveying deeply held emotions.

Here was the question: Several mothers of girls ages 10 to 12 want to know whether they should allow their daughters to buy instrumental versions of two currently popular – though extremely inappropriate – songs, “Poker Face” by Lady Gaga, and “Low” by Flo Rida featuring T-Pain.

I know what you’re thinking. Are those the names of singers or brands of toothache remedies?

Lady Gaga is the stage name of one Stefani Joanne Angelina Germanotta, who, according to Wikipedia, is a Catholic school graduate and erstwhile student at New York University’s Tisch School of the Arts. Flo Rida is a hip-hop, R&B and rap singer from Florida (get it?), known also by his given name, Tramar Dillard, while T-Pain is actually Faheem Rasheed Najm, a hip-hop star whose moniker is a nickname for a nickname – Tallahassee Pain, which Wikipedia says commemorates the artist’s “hardships while living there.”

Both of the songs in question include heavy-duty sexual slang, orgy-like dance rhythms, and degrading references to sex acts and money, exchanged casually on dance floors. As you can imagine, the music videos for these songs are equally pornographic.

The moms all agree that the lyrics of the songs, which their daughters already have heard, are unacceptable, but “the girls have indicated that they like the catchy beat to the songs rather than the words.”

The parenting dilemma: Should the moms A. print out the (pornographic) lyrics of these songs and review them with the girls to persuade them that they are inappropriate; or B. allow the girls to download instrumental versions as a way to protect the girls from the racy themes contained therein, despite the fact that they already know enough of the lyrics to sing along?

How about option C: “AAAAARRRRRRGGGGGGG.”

For once I might side with our deranged, obscene, sex-obsessed, hip-hop culture. Why not? At least Lady Gaga and Flo Rida are true to their convictions.

America’s parents, on the other hand, need professional advice about whether to safeguard their children from influences they already deem grossly inappropriate and potentially destructive. Nevermind that research proves that adolescents who listen to degrading sexual lyrics engage in more and earlier sexual behaviors than those who do not; the girls like the “catchy beat.” Isn’t that what matters most?

In my mind, the fact that hip-hop artists are able to disguise sexual perversion with a catchy beat isn’t remarkable or even noteworthy.

What is noteworthy is that researchers have proved beyond doubt the ways in which our crass and vulgar culture damages our children, and common sense tells us we ought not expose them to media that exploits their innocence. Yet, for reasons I don’t understand, parents are unwilling or unable to simply say to their children, “My dears, those songs – with or without lyrics – aren’t good enough for you. Let’s find something better.”

When it comes to media generally, and music in particular, most parents I know say they “choose their battles.” After all, doesn’t every generation push the envelope of propriety to make its mark on the culture? “Remember Elvis’ pelvis,” folks say.

Maybe. But in today’s culture war for the hearts and minds of our children, I think we’re choosing too few battles. It’s time for parents to stop tapping our toes and instead fight the catchy beat that is stealing an innocent childhood from an entire generation.

Marybeth Hicks’ column “Then again.” appears weekly in The Washington Times. A wife of 21 years and mother of four children, she uses her column to share her perspective on issues and experiences that shape families and the communities we share. Her book, “Bringing up Geeks – How to Raise Happily Uncool Kids” is available now from Penguin/Berkley. You can learn more about Marybeth and her column and buy her book at MarybethHicks.com.