OFF MY NOODLE: Kids’ Chanukah Wish List: One Dinosaur, Lots of Candy and a Big Empty Box 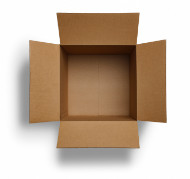 When I asked the kids what they wanted for Chanukah, they immediately sprang to the task.

My oldest child requested the latest incarnation of the Nintendo Wii, as well as a full range of equally updated accessories to go with it.

Another child then handed over his list. “I’d also like to go to Disney World. And, what I want most is for you to get a prescription.”

“A prescription?” I asked. “Don’t you mean a subscription? For a magazine?”

“For my brother! I want him medicated for the rest of the winter. Then maybe I’ll have some peace and quiet around here.”

My youngest son wanted a dinosaur. A real one. To keep in the bathroom. You know, instead of that silly plastic elephant in the tub. If dinosaurs weren’t available, he’d settle for an alligator. My daughter asked for as much candy as possible, and to give away her brothers to a poor childless couple.

Although I could not comply with everything on my kids’ wish list, the Internet became a fast friend. I had always hated lingering in the aisles at toy stores, trying to decide between a 700-piece construction set and a motorized race car. Each choice was risky. For example, motorized cars would be bashed into your walls, chipping the paint. Building sets, with a gazillion pieces, are simply a pain in the neck to keep off the floor.  Any gift carries the risk of being compared to a sibling’s gift as inferior, more educational, or in some other way much worse.

Though China may be one of the only nations on Earth that has not at some point in history persecuted the Jewish people, the words “Made in China” stamped on a toy are nonetheless enemies of Chanukah happiness. I once watched a “Made in China” toy self-destruct after 42 seconds, giving a very literal meaning to the term “immediate gratification.”

When my children were very young, the amount of time I spent deliberating over their gifts was inversely proportional to the amount of fun they had with them. However, one thing was always certain: They would absolutely flip for the box it came in.

I could never bring myself to do what I was tempted to do, and give them a festively wrapped, empty box, to see if they would notice that there was nothing inside. This is a shame, because for several years these boxes proved far more durable and had longer-lasting entertainment value than the gifts that had been diligently wrapped inside. These boxes morphed into forts, makeshift furniture, miniature tunnels and secret hideouts, while the set of blocks or electronic cash register they had housed had been ditched weeks before.

Before we let the kids rip into their presents, we ask them to share something they had learned about Chanukah.

“Okay now, who remembers the name of the leader of the Maccabees?” I asked four sets of eyes that were super-glued to a pile of gifts in dreidel-festooned wrapping paper.

“Charlton Heston?” guessed one child, his eyes focused like a laser beam on the gifts.

“How much tuition are we paying this year?” my husband groused.

“Come on, just name one single miracle and you can open your gifts!” I pleaded, wanting to put the entire family out of its collective misery.

“Close enough!” I said, stepping aside from the onslaught of four Maccabee descendents heading for their loot. Clearly, they had much in common with their ancestors: The Maccabees fought for freedom of religious expression; our children attacked with equal zealotry for their share of a material bonanza thinly disguised as religious ritual. The Maccabees fought to the death for their spiritual integrity; our children fought nearly to death for the right to be the first to play the new computer game “Galactic Theme Park Implosion.”

However, once we’d allowed the kids to explore their booty, my husband and I were able to sit back and bask in the glow of our small, flickering Chanukah lights and the sounds of happy children at play. Best of all, the Surgeon General did not slap a warning label on my homemade latkes, which contained no hydrogenated fats. These may be small Chanukah miracles, but from where we sat, they seemed pretty good to us.

Judy Gruen’s latest book is The Women’s Daily Irony Supplement, which makes a great holiday gift for the moms on your list. The only accessory it requires is a sense of humor.